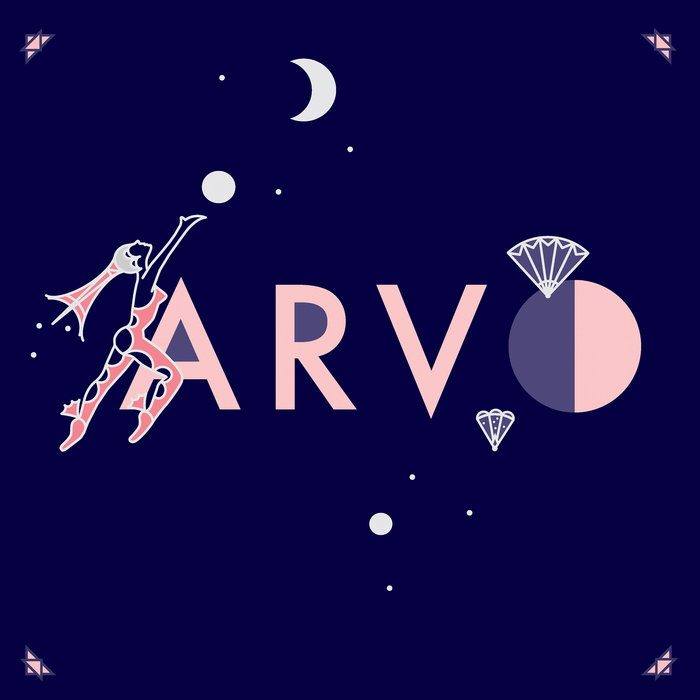 In the early Eighties Gray was playing, writing and touring as a solo artist in Australia & offshore, securing a record deal and touring with her band in Germany until 1983. Nicolson had also spent time aboard and between 1977-1982 worked as synth pro-grammer and session musician in the UK, collaborating with producers such as Trevor Horn and Barry Blue.

Having both spent time in Europe, beguiled by the continent’s liberated synth-pop textures, each musician returned down-under to discover a still doggedly rock orientated landscape. Undeterred, Gray looked to build on the interest in her solo material, by CBS New York, by imagining a sophisticated visual and electronic duo alternative.

She found musical partnership with Nicolson and his Sydney home studio, where an album’s worth of demos were written and formed by the new duo they named ARVO.To most Aussies, the word “Arvo” was a slang term for the part of the day when one could legitimately crack open a tinny. It certainly did not denote the kind of theatrical, synthesized opus that “Luna” presented as. Unfortunately as so of-ten occurs, major label misjudgement and local radio’s rock obsession left the album to unjustly slip under the radar.

Two selections from “Luna” are rescued here: the hazy “Bikini” with its elec-tronic Ipanema vibe that nostalgically recalls Antipodean beach culture and “So Deep”, which drags us into a synthetic undertow where we find space to reflect on the nature of our dreams. Also presented is a reimagined ‘So Deep’’ instrumental from Australia’s synth-pop scholar-in-chief Hysteric, while French M.O.T.M. Shelter tailors Bikini into an excursion version.

Cannibal Corpse's George "Corpsegrinder" Fisher stops by for an interview